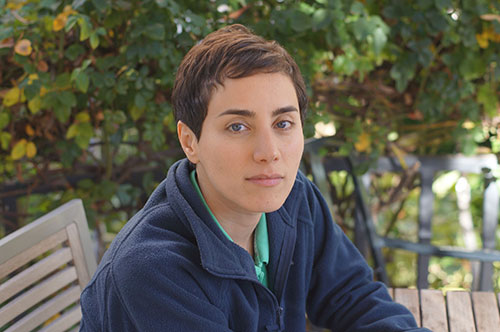 The whole mathematical community was deeply saddened by the untimely death of Maryam Mirzakhani on July 14 2017 at the age of forty. She was the first female mathematician and the first scientist from Iran to win the Fields medal. Thanks to her achievements, along with those of many other distinguished women, arguments about women's ability as mathematicians can surely soon be laid to rest.

As a tribute to her memory, CWM created the memorial exhibition Remember Maryam Mirzakhani, with 18 original posters portraying Maryam Mirzakhani, two volumes containing her mathematical work, one volume with articles about her, and a book of condolences for attendees to sign. The exhibition was signed by Thaís Jordão (curator) and Rafael Meireles Barroso (designer). The exhibition was inaugurated at the (WM)²,  and remained open during the ICM 2018. Since then, it has been shown in several venues.

The Memorial for Maryam Mirzakhani included a screening of the film showed in ICM 2014 when she received the Fields medal, followed by words by Betül Tanbay and one minute of silence. On behalf of the Women's Committee at the Iranian Mathematical Society, Dr Ashraf Daneshkhah then presented a proposal to celebrate women in mathematics worldwide on Maryam Mirzakhani's birthday - May 12, which was approved by a large majority of the attendees.

Following this decision, there is currently an international initiative to celebrate women in mathematics on May 12, coordinated by several organizations for women in mathematics worldwide. An account of the first May 12 celebration in 2019 can be found in this Notices of the AMS' article.

Some links to tributes and memorials of Maryam Mirzakhani's life and work:

CWM webpage
Tributes on the AWM webpage
EWM webpage
Film: Secrets of the Surface - The Mathematical Vision of Maryam Mirzakhani